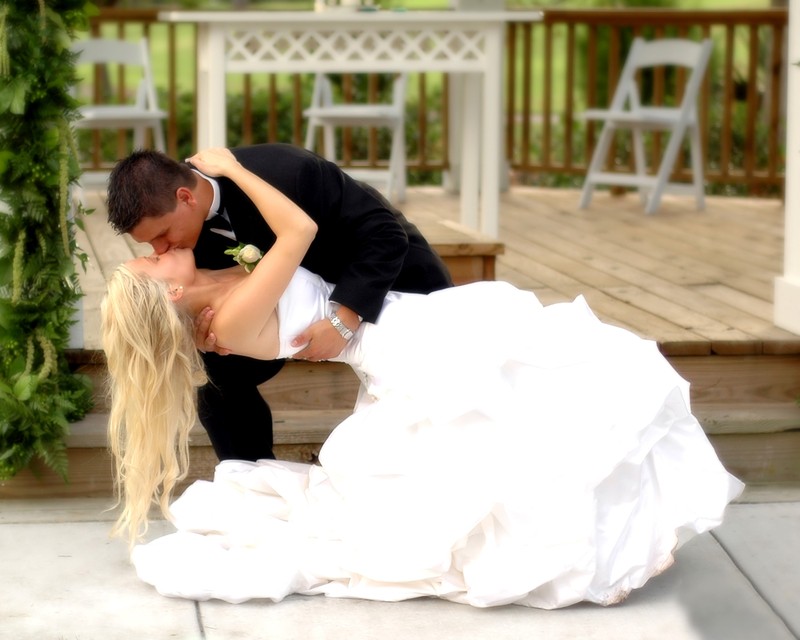 OMG! Crazy Things that Happen at Weddings!
Anyone who has ever been to a wedding knows that sometimes, things happen. It’s actually more likely than not, given the amount of people gathered together in one location. But while you may be used to the typical stories of perhaps a groomsman that drank too much or split pants on the dance-floor, trust us — you haven’t heard anything yet. Owner of EVJ Wedding Co., Jacquelyn Mavrookas shared some of the top ‘OMG’ moments she’s witnessed as a professional wedding planner.

The Ultimate Freak Out
“I think the absolute craziest thing I ever experienced was a bride who was so nervous over her 300-person wedding, she actually started throwing up while getting hair and makeup done. She told me to cancel the wedding.” Of course, as a seasoned wedding planner, Mavrookas knew better. Her pre-wedding freak-out, “had nothing to do with the groom, or marriage, it was the crowd.” Eventually, the bride calmed down, had a glass of champagne, and all was well.

Unexpected Surprises
A huge part of event planning is being prepared to roll with the punches. “I had a bride getting hair and makeup done. We ordered salad, fruit per the bride’s request — the typical wedding day spread. She looked at me when it arrived and said, ‘I actually don’t want any of this, can you get me pizza, chicken wings with ranch and blue cheese, and French fries and soda?’ Of course I had to oblige!”

In another wedding scenario, “A bride that was hysterically crying because it was raining out, and that is the most frustrating thing because it’s the only thing we can’t fix. She cried for over two hours.” Eventually, it stopped raining, and according to Mavrookas, the bride eventually stopped crying. Another time, a bride and groom unexpectedly told the party bus to stop at their favorite bar after ceremony before the reception to celebrate. “They all went into the bar to do fireball shots.”

Mom Moments
“A bridal client and her mom went dress shopping, and the mom requested a white dress. Of course, the bride said, ‘Absolutely not.’ They picked a navy blue dress for mom to wear. But, lo and behold, on the wedding day, the bride’s mother showed up in white — much to the bride’s surprise.” We can only imagine the conversation that followed.

Dad Drama
“During speeches, a father of the groom walked behind the groom to where I was standing and told me he wished his son didn’t marry the bride. I just stood there and told him they looked really happy and that’s all that mattered.”

Another dramatic dad was a little more stealth about his feelings. “For an entire year before the wedding, a father of the bride would call me every day to request various wedding details, and told me I wasn’t allowed to tell his daughter or wife we spoke. He basically wanted to be a part it and control the situation, so they never gave him my number because they thought he would scare me away. He obtained it anyhow.”

The Holiday Spirit Gone Overboard
“I planned a same sex wedding hosted at a firehouse, and one groom was completely obsessed with Christmas — with the other not so much. Problem was, it was a September wedding. So one groom wanted twinkle lights and Mariah Carey’s album played during the celebration, and the other groom wanted no part of it. At the reception, the ‘Scroogier’ groom decided he would surprise his husband and have the DJ play Mariah’s infamous holiday song, ‘All I Want for Christmas is You.’ Upon hearing the song playing from the other room, the Christmas-loving groom got so excited he took a running leap from the other room to the dance floor, and while doing so cracked his head open at the top of the doorway. It was really bad, but the firemen (who were the bartenders!) are first responders so they bandaged him up, and he went back to dance floor. We also used photo booth prop hats to cover up his bandages. Once he got to dance to a few more songs, we took him to the hospital.”

See More: What Being a Wedding Planner is Really Like

Ultimate Bridal Party Fails
“A bridesmaid got so drunk before the ceremony that halfway walking down the aisle she turned around and asked me, ‘Where do I go?’ We pointed to the end of the aisle, but when she got there, she couldn’t stand. She had to sit in the front row with the parents of the bride.”

Dance Floor Mishaps
“A guest was a professional dancer, and he came to the wedding and was tearing up the dance floor. He literally did an arabesque and kicked the DJs computer off the table, and it flew across the dance floor. Miraculously, it didn’t break.”

“There was also a mother of the bride that was doing the Hora, and after the bride and groom went into the chair, the mom took a turn. She proceeded to immediately fall off the chair face flat on the floor.” Luckily it was more of a bruised ego than a bruised face.

Cringe-Worthy Speeches
“A groom was getting married for the second time, and his best man used the speech to, essentially, bash his ex-wife. It was rough.”

In another instance, “A maid of honor had to have the mic turned off because she was really drunk and started to discuss how she and the bride used to go out and ‘hook up’ with lots of guys. She was basically just sad she lost her wing woman.” Suddenly, seeing the speeches ahead of time doesn’t seem like such a bad idea.